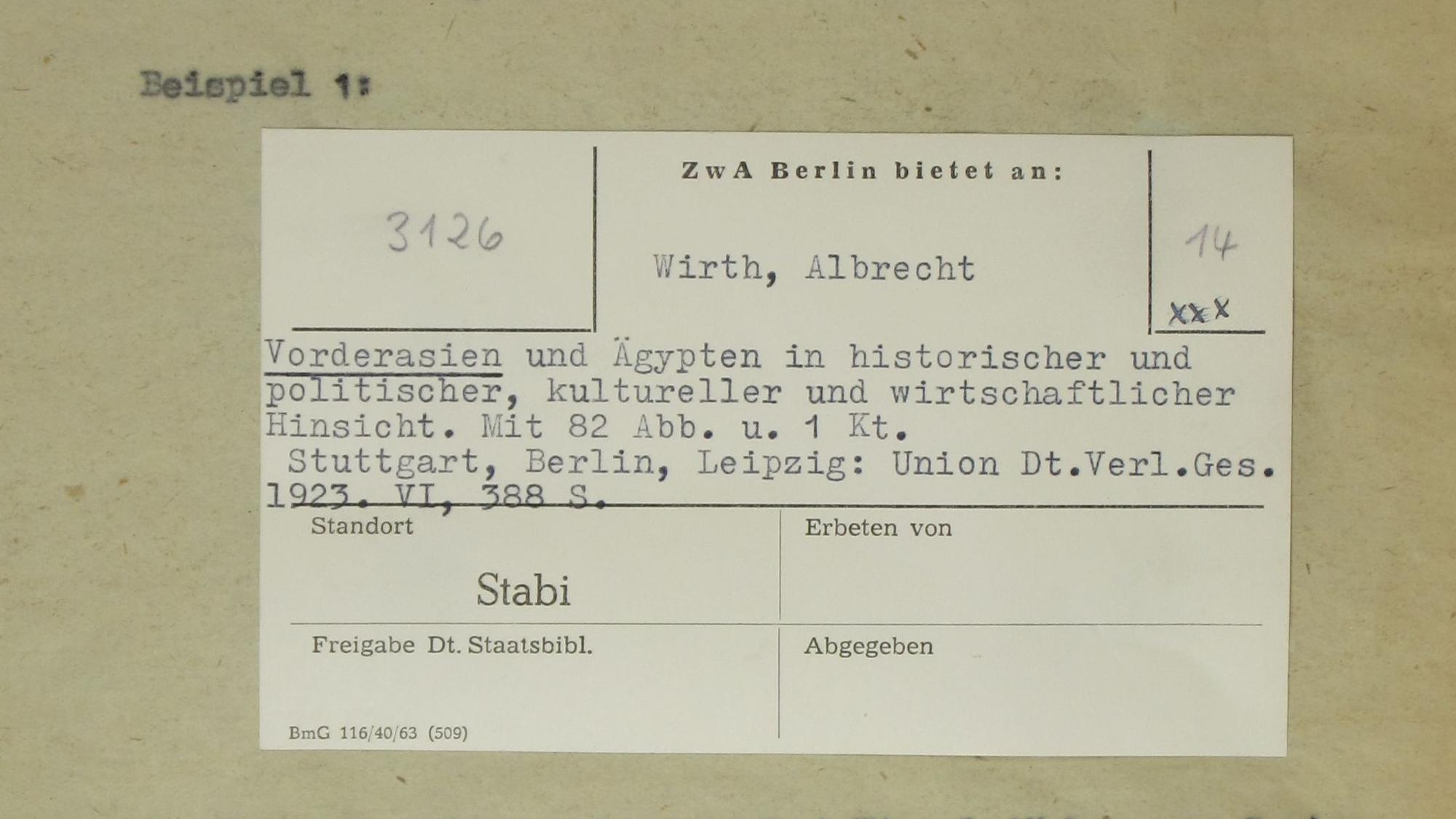 This project is investigating the paths of Nazi-looted property after 1945. After the Second World War, a great number of books from remaining holdings were redistributed as they were considered to be “ownerless”. Some of them had been stored in a makeshift manner and were gathered at collection points and in libraries. The effects of war caused large losses in German libraries; the Nazi-looted books were now extensively reallocated to fill these gaps.

In the German Democratic Republic (GDR), a non-commercial central office operated from 1953 which distributed unprocessed books that had originated from various libraries in the GDR. Academic and research libraries also sent their duplicates to this center. Among the holdings transferred to the so-called Zentralstelle für wissenschaftliche Altbestände – ZwA (Central Exchange Office for Academic and Research Libraries) were also looted items that the National Socialists had taken into their institutions. These books were secured and distributed after 1945, mixed with all the other ‘unused’ holdings.
In addition, there were collections that had been expropriated as a result of land reform or confiscated after “Republikflucht” (flight from the Republic), as well as collections that had become available as a result of various administrative reforms. From 1959 until its final dissolution in 1995, the ZwA existed as an independent department at the Deutsche Staatsbibliothek and the Staatsbibliothek zu Berlin.

Research Project “Creating Transparency. Identification and Indexing of NS-Looted Books in the Collection of Printed Books of the Staatsbibliothek zu Berlin”

Documentation of the recorded provenances

Restitution to the Institut für Sozialforschung

This project was focussed on the systematic processing of approximately 11,000 acquisitions in the collection of historical printed works (approx. 3 million volumes) of the Staatsbibliothek zu Berlin that had been assessed as particularly suspicious.

Three methodological approaches were followed in the project:

Research Project “Reichstauschstelle and Preußische Staatsbibliothek between 1933 and 1945. Aspects of the Supply of Literature under the Nazi regime”.

The purpose of the project was understanding the institutional structures and library processes of the Reichstauschstelle (Reich’s Exchange Office) and the Preußische Staatsbibliothek by investigating legal and financial aspects including the regard on the actions of the involved people and the political dimensions of the processes and procedures .
Considerable amounts of literature, confiscated from so-called enemies of the Reich and persecuted Jews, were distributed to academic libraries and other institutions in the Reich. The research has shown that both the Preußische Staatsbibliothek and the Reichstauschstelle, were at the center of a network organizing this exchange. A new insight in this context is the extent to which, from about 1936 onward, both institutions were in competition with Nazi institutions and designated Nazi looting organizations (such as various SS institutions or the Einsatzstab Reichsleiter Rosenberg). Despite decrees from the Reichsfinanzministerium regarding the acquisition of expropriated and confiscated literature, the two institutions were ultimately not able to hold their own against the Nazi institutions.