Germany’s largest research library, the Preußische Staatsbibliothek (PSB), received numerous allocations of looted books during the Nazi era. As the legal successor to the Preußische Staatsbibliothek, the Staatsbibliothek zu Berlin (SBB) is aware of its responsibility and is working intensively to address the issue of cultural assets that were seized as a result of Nazi persecution in its collections. If the legal status is clarified and the copies are still in the collection, they will be restituted to the rightful owners as quickly as possible.

Since the release of the Washington Declaration (1998), the library has been dealing with the problem of Nazi-looted property in its collections in various project contexts. As early as 1999, the acquisitions of the Preußische Staatsbibliothek from the period 1933 to 1945 were spot checked in order to identify former Jewish property. In 2006, as part of a master’s thesis, relevant acquisition records and journals were evaluated with regard to “dubious acquisitions”. The examination of around 375,000 individual entries resulted in an internal index database, listing a total of around 20,000 quite clearly incriminated acquisitions or acquisitions with an initial suspicion of Nazi loot. Further investigations revealed that acquisition journals that had previously gone unnoticed, such as those on deposited copies, should also be included in the evaluation. Around 11,000 particularly suspicious acquisitions have now been examined in a long-term research project. At the same time, in a cooperative project between the Staatsbibliothek zu Berlin and the former Max Planck Institute for History, the role of the Reichstauschstelle and the Preußische Staatsbibliothek in the distribution of Nazi-looted property from 1933 to 1945 was investigated by provenance researcher Cornelia Briel.

An additional research project, funded by the German Lost Art Foundation, was launched in 2014.  It builds on the results of the previous project’s examination of the acquisitions between 1933 and 1945 and at the same time aims to conduct basic research comparable to Briel’s project. In this subsequent project, the focus is on the role of the Zentralstelle für wissenschaftliche Altbestände – ZwA (Central Exchange Office for Academic and Research Libraries) . From 1959 until the early 1990s, this Central Office, which was located at the Deutsche Staatsbibliothek has organized the redistribution of Nazi-looted books long after WW II.

Since 2007, a specially established work section in the Department of Early Printed Books has been systematically examining further suspected cases in the collection of historical printed works, which comprise approximately three million volumes. Focussing on the results of researching Nazi-looted cultural assets has also resulted in an awareness of further challenges brought by the acquisitions after 1945 and thereby raises questions regarding so-called “redistributed loot”.

Using the example of looted books from a freemason lodge 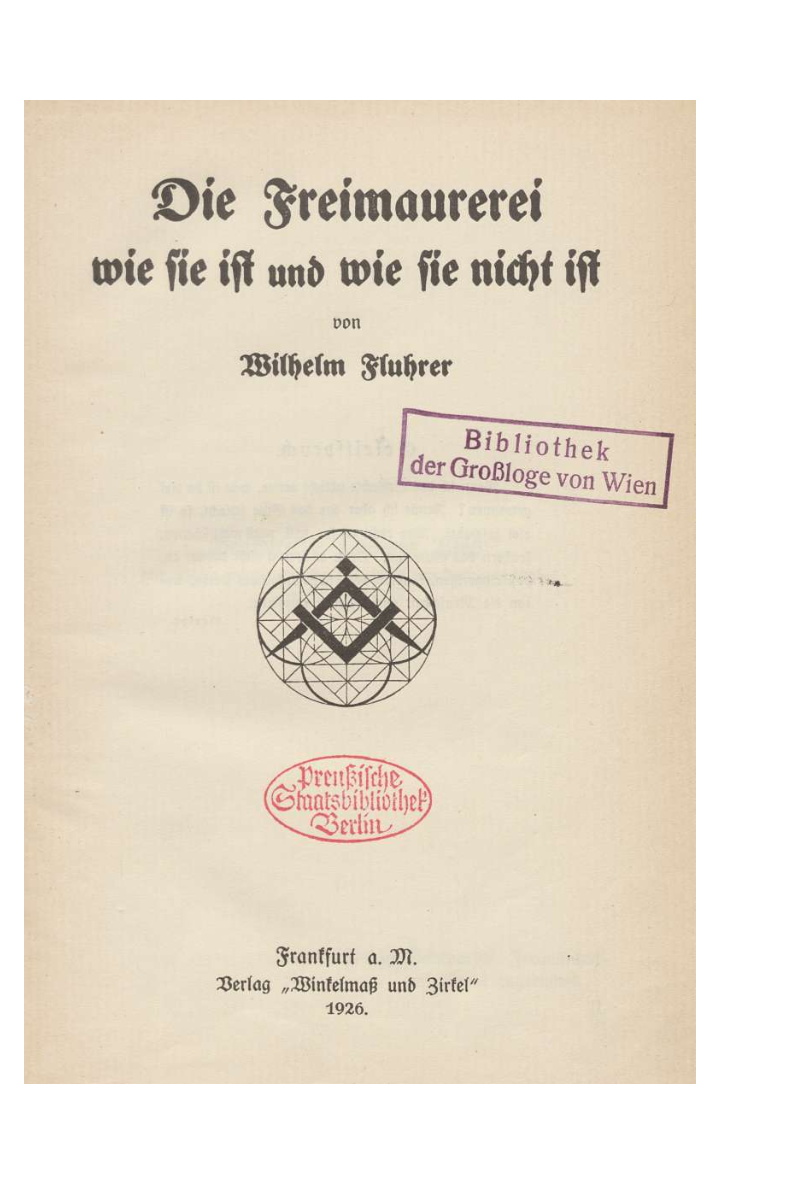 Copy from the library of the Grand Lodge of Vienna found in the holdings of the Staatsbibliothek (restituted to the Großloge von Österreich der Alten, Freien und Angenommenen Maurer on January 31, 2019).